What I Learned in Istanbul 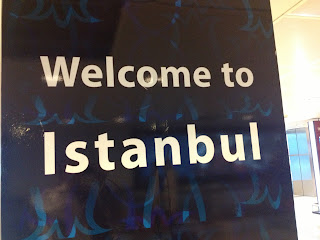 When a member of my travel group posted that he had just purchased airfare from New York to Istanbul for under $500, I was intrigued. “Istanbul?” I thought, “hmmmmm, yes I’ve heard of it. Not really on my radar but it sounds interesting” as I opened a web browser and began my research. What I found peeked my interest: largest city in Turkey with close to 10 million people, Blue Mosque, only city that straddles Europe and Asia, good shopping, history dating back to – WOW, a long time ago! Of course, I thought, airfare from Chicago to Istanbul will be double the amount he just paid; but I checked anyway. WHAT, $524 RT? Non-stop? Now I was really intrigued. What’s the weather like? How long is that flight?! Do I really want to go to Istanbul? Of course I do. Who wouldn't?

I requested my time off and purchased my flight. Because of the time difference, I would have 4 full days in Istanbul. I began looking at the top tourist attractions: Blue Mosque and shopping in the Grand Bazaar, Hagia Sophia and Topkapi Palace. I figured I would have enough time. Here is how it played out:

I arrived on Thursday evening but by the time I purchased my Visa, made my way through customs, realized my baggage did not make the flight and arrived at my hotel, it was close to 8pm. I was exhausted so I decided to stay in for the evening and relax.

Friday (Full Day 1): Because I did not have any clean clothes, I didn't venture out too far. Walking around in the clothing I had traveled in for over 12 hours the day prior was not appealing. I ate a leisurely breakfast in the hotel and chatted with the concierge about some area shopping. The concierge recommended Taksim Square, which is a tourist area full of shops, hotels and restaurants. Off I went to the Metro. 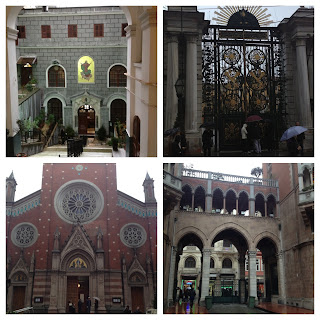 Taksim Square was full of activity as tourists and locals alike filled the streets. The sights and sounds were exhilarating and it was here that I realized this was going to be an amazing experience. I began to stroll İstiklal Avenue, admiring the architecture of the buildings and taking note of the various accents and languages.
I purchased a few items of clothing, just in case my luggage still had not arrived.  It had been raining most of the day and I was drenched, so I headed back to my hotel for a nap and to prepare for the evening ahead.

Saturday (Full Day 2): Armed with clean clothes, I exited the hotel early determined to make it to the Sultanahmet District, which is historic Old Istanbul and where most of the major sights are located. Because the weather was a bit on the chilly side, I decided that the hop-on/hop-off bus would be the best way to ensure I saw all of the top sites. Besides with the tour, I got a bonus that I did not plan: a trip to the Asian side of Istanbul!

Due to heavy traffic getting to and from the Asian side of Istanbul, more time than I anticipated was spent. But I got an opportunity to see a few sites that were not located in the main tourist area and an opportunity to see some residential areas of the city. The trade off? By the time I arrived in Sultanahmet, it was already after 3pm, which was a lot later than planned and I was losing sunlight.  I headed straight to the Blue Mosque, but learned that it was closed to visitors for prayer. I stood in the courtyard in complete awe at the beauty of a structure that was built in the 1600s as the call to prayer played over the loud speaker. I was paralyzed as I listened to the Muezzin (the person who recites the adhan in the mosque) over the loud speakers. To be in this place, at this time, was not planned; but was planned perfectly. I headed back to the hotel. 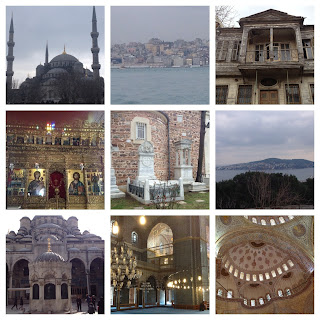 That evening, I met up with members from my travel group at a popular Hip-Hop club in the Taksim area where we sang and danced until early morning.
Sunday (Full Day 3): A few members from my travel group were renting an apartment in the Taksim area. The owner of that apartment invited them to brunch on one of the Prince Islands, which are nine islands located in the Sea of Mamara off the coast of Istanbul. I decided to join them!
We boarded the ferry for the journey to Heybeliada, which is the 2nd largest of all the islands and home to an 11th century Greek Orthodox monastery.  The hike to the top of the Hill of Hope is strenuous, so half way up I opted to catch a horse and carriage, which is an awesome way to arrive at the currently closed Halki seminary. We spent time exploring the grounds of the monastery and the seminary before enjoying a traditional Turkish lunch at one of the island’s many cafes.
Back in my hotel after a long day of walking, I was too tired to do anything but soak in my tub and get some sleep. 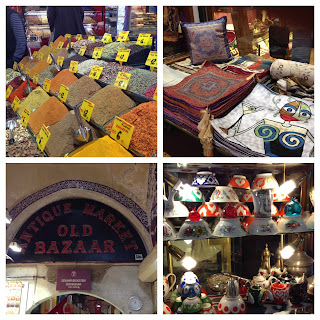 Monday (Full Day 4): My last full day and there were still a couple of “must-dos” on my list, so I headed out early. First stop – back to the Blue Mosque, but this time my goal was to see the interior, which turned out to be just as amazing as I imagined.
Next “must-do” – the Spice Market and the Grand Bazaar. This place overwhelmed me with sights, sounds and the smells….OH – the smells inside the Bazaar were intoxicating. From exotic spices to handmade rugs and blankets, to jewelry, to clothing and handbags. Anything you are looking for, you can certainly find at one of the over 3,000 shops in the Bazaar.
Next up, Topkapı Palace and Hagia Sophia. Both of these architectural wonders have served various purposes since being built, but today both serve as museums. Since I spent way too much time walking through the Bazaar, it was getting late; so I opted to not pay to go inside but to spend some time at Hagia Sophia. I walked out the gate and headed to my next stop only to find, wait for it, that Hagia Sophia was CLOSED to visitors on Monday’s. UUUGGGGHHHHHH……
Because I wasn’t ready to call it a day and head back to my hotel, I took a turn down a street I had not previously explored and ran across an unexpected surprise: Yerebatan Sarnici, or the Basilica Cistern. This cistern lies beneath the city and was once used to provide water to Topkapi Palace. The highlight of the cistern – two Medusa column bases located in the northwest corner!
It was now dark, so I headed “home” to begin my packing. 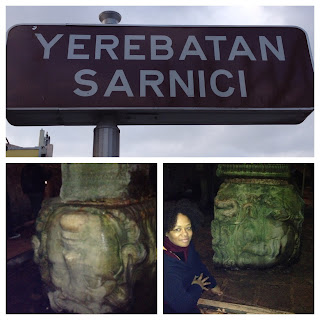 That evening, I reflected on my trip. I did not accomplish everything on my must-do list and I was a little disappointed. I had violated one of my own rules of travel, “do your research”. Had I planned better, I would have known about the hours of Hagia Sophia. But, on the other hand I had a few unexpected surprises. The bus ride to the Asian side was memorable and so was the trip to Heybeliada.

Overall, I really enjoyed Istanbul and I have put it on my repeat list. I learned a lot about the history of Istanbul and the Turkish people. But the most important thing I learned: 4 days is not enough.

To view all of my Istanbul pictures, click here.
Posted by 2girlsbikini at 9:44 AM