You know what they say about The Apple, right?  That is doesn’t fall far from the tree?  YEP, it's true.  Which is why I wasn’t too surprised when my daughter, who recently graduated from high school, approached me with the idea of a “Gap Year” in order to travel.

Now don’t get me wrong, I wasn’t immediately on board with the idea. Although my inner traveler was doing swirls, the Mom in me had some concerns.  I mean, at the time, she was only 17.  What did she know about traveling the world?  Where was she planning on going?  What was she planning on doing?  Who was gonna pay for all of this “travel”.

Putting my motherly feelings aside, I gave her a challenge:  come up with a plan for the next year and we will talk about it.  Off she went with her assignment and less than a month later, she came back to me with a very rough draft:  take a TEFL Certification Course, Teach, Travel.  SMH…this plan certainly needed some work and more info.  So, I sent her off with another challenge.  One that required a little more research:  where are you getting a TEFL Certification, is the program accredited, where will you teach (considering she does not have a 4-year degree), and most importantly will it pay you enough to live (and travel)? 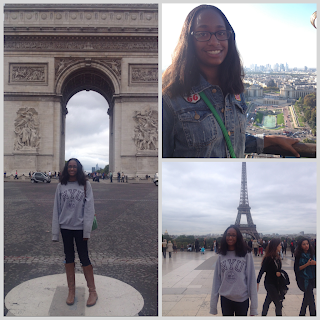 She was up to the task and I was very impressed with her diligence.  Little did she know, I had already given in and was doing some research of my own.  Turned out, there was a highly recommend program right here in the Chicago area.  It also turned out that there are a few places that will allow her to teach English as a Foreign Language without a 4-year degree.  I was also surprised at how many colleges and universities were willing to let her defer her admission for a year in support of a Gap Year.

It was pretty much a done deal.  All we had to do now was work out the details and fill in the gaps of the Gap Year.  She was so excited it was contagious.  We were constantly on the internet reading blogs about teaching abroad and learning about all of the different programs.  She decided on a program in Paris, we paid the fees, secured housing and in less than 6 months, we were boarding a flight.

I know what you are thinking, "But how did she end up in Paris when there was a program right there in Chicago?"  Well, we looked at the programs offered by the TEFL Institute and found that they had schools in various locations.  I suggested London (or Peru since she wants to teach there), but what 17 (now 18) year old female could pass up a chance to spend 6 weeks in the “City of Light”?  What adult could pass up that chance?!

She asked, I agreed.  Simple.  Besides, not agreeing to a Gap Year for travel and allowing her to take the course abroad would have made me a hypocrite – right?  I mean, I travel.  I encourage others to travel.  Why wouldn’t that include her?

I believe that travel changes you.  You grow and become more tolerant.  You learn to appreciate things and you move out of your comfort zone.  You expose yourself to different food, customs, ideas, and languages.  You make connections.  You learn more about yourself and become more confident.  Didn't I want these things for her?  Of course I did.

Leaving her in Paris was one of the hardest things I’ve ever had to do.  I think I woke up that morning crying.  I cried in the shower, while brushing my teeth, while getting dressed...I cried, cried, cried.  When it was time for me to head to the airport, she looked me in the eye and asked, “Why are you crying?”  I answered, “Because I will miss you so much.”  Her response?  “I will miss you too.  See you in Barcelona.” 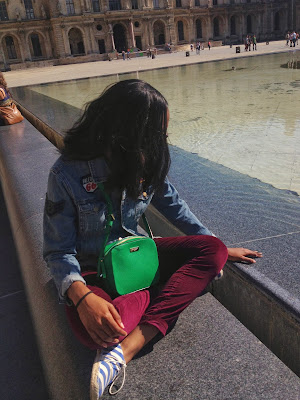 And with that, I knew my work was done.  Enjoy the journey Kennedy!